Azul is 2018’s winner of the Spiel des Jahres 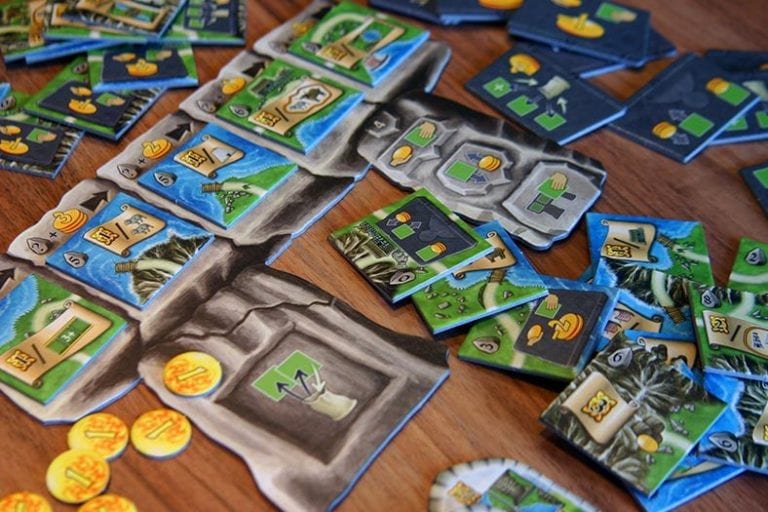 Azul has been named as this year’s recipient of the Spiel des Jahres.

A sequel, Azul: Stained Glass of Sintra, was announced earlier this month for release later in 2018, accompanied by the news that the original Azul has sold more than 320,000 copies since its launch last year.

Also on 2018’s shortlist for the Spiel des Jahres were Rüdiger Dorn’s Luxorand divisive social card game The Mind, with 5-Minute Dungeon, Facecards, Majesty: For the Realm, Memoarrr!, Santorini and Woodlands all in the line for Recommended nods from the jury.

Kiesling’s triumph means that he has now collected the Spiel des Jahres three times, with this latest solo win joining two shared victories alongside Wolfgang Kramer for Tikal and Torres.

Kiesling was also nominated for the Spiel des Jahres’ sibling prize, the Kennerspiel des Jahres for Expert Game of the Year, alongside Andreas Schmidt for Heaven & Ale.

It was another Spiel des Jahres hopeful – The Mind designer Wolfgang Warsch – who ultimately collected the Kennerspiel des Jahres, however, for Die Quacksalber von Quedlinburg (‘The Quackers of Quedlinburg’).

Warsch was nominated a total of three times across the two categories, having also designed the other Kennerspiel runner-up Ganz Schön Clever. Clank! and Pioneers were the pair of more complex games Recommended by the jury.

A special prize – the first awarded by the Spiel des Jahres jury in almost a decade – was handed out to Matt Leacock and Rob Daviau for their joint work on Pandemic Legacy: Season Two, acknowledging the series’ influence on the burgeoning legacy genre.

This year’s winner of the Kinderspiel des Jahres was previously announced as Dragon’s Breath (‘Funkelschatz’), seeing off Emojito and Panic Mansion.

Recommended by the Children’s Game of the Year award were Dino World, The Legend of the Wendigo, Rhino Hero: Super Battle, SOS Dino and Speed Colors.