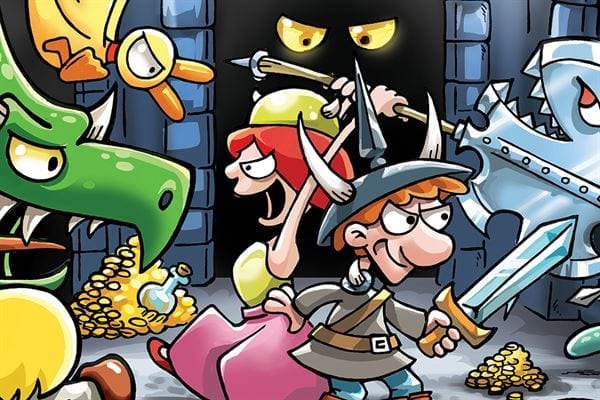 Munchkin is being turned into a board game by Blood Rage and Rising Sun creator Eric Lang and Kingsburg designer Andrea Chiarvesio.

Munchkin Dungeon follows the dungeon-crawling tropes of Steve Jackson’s comical card game, with three to six people venturing into a dungeon in search of treasure and the experience required to level their character up.

There’s an element of push-your-luck to the gameplay, with players able to flee from dangerous monsters – although doing so will earn them shame, knocking their score down at the end of the game. Munchkin’s double-crossing, backstabbing social aspects will be present and correct, too.

Lang describes Munchkin Dungeon as a “CMON-style game”, although it’s not clear if this is the Arcadia Quest-inspired Munchkin spin-off teased last year. What is known is that Munchkin Dungeon will include a bunch of miniatures, plus the artwork of returning Munchkin illustrator John Kovalic, who helped to define the look and tone of the original card game.

Munchkin Dungeon will be coming to Kickstarter next year, the first in CMON’s planned series of Munchkin board games.