The next adventure book game after Stuffed Fables 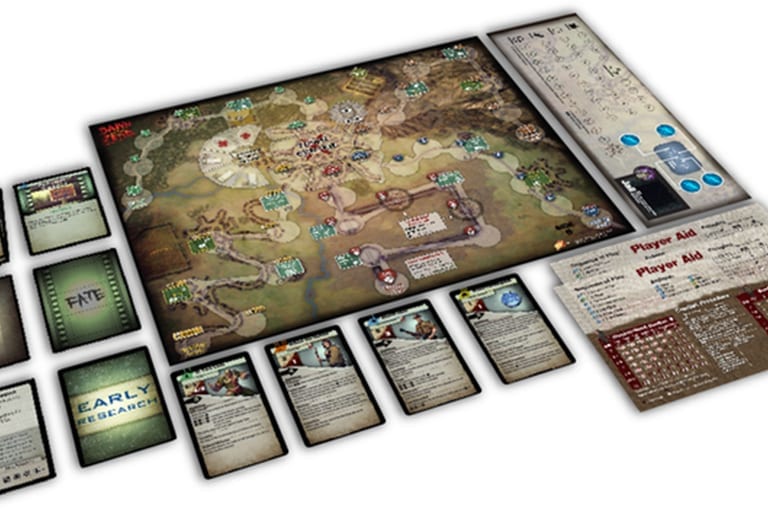 Comanauts seems to be telling a much more serious story than the childlike battle between plush toys and nightmares under the bed seen in Stuffed Fables, with players working together to explore the mind of a scientist left in a coma while trying to save the world from an expanding black hole – think Stuffed Fables meets Fantastic Voyage meets Holding On: The Troubled Life of Billy Kerr.

It shares the otherworldly atmosphere of Stuffed Fables, though, with up to four players adventuring through 11 locations inspired by Dr. Martin Strobal’s slumbering subconscious to defeat the ‘Inner Demon’ keeping him from waking.

The use of the adventure book format – which made its debut in Stuffed Fables – means that each scenario plays out in the pages of a book, with one half serving as an environmental map tile and the other offering up scenario-specific rules and events.

Gameplay is described as building on Stuffed Fables, which used a RPG-lite dice system to resolve encounters and combat – publisher Plaid Hat adds that Comanauts’ mechanics will cater for “more mature players” compared to the younger skew of Hawthorne’s previous game. We were impressed by the blind-draw bag system when we reviewed Stuffed Fables earlier this year, finding the use of colour-coded dice a treat.

There will also be a greater variety of unique characters for players to control: 22 in total, though they’ll be represented by cardboard standees rather than plastic miniatures as in Stuffed Fables.

Comanauts is due for release this December. Hawthorne previously told Tabletop Gaming that he had no plans for a direct sequel to Stuffed Fables, but was interested in bringing Mice & Mystics and other more mature stories to adventure book games.