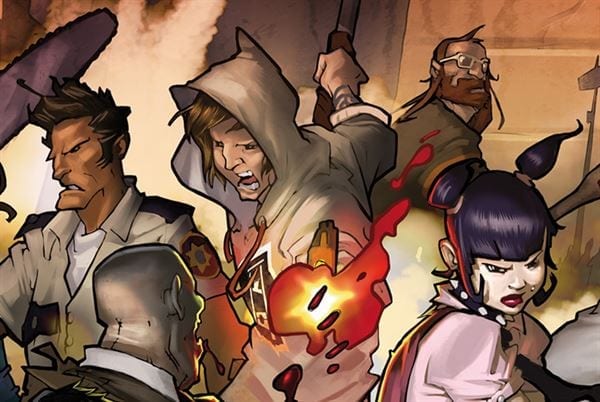 Zombicide is rising from the grave once again – but the walker-bashing board game’s next outing looks set to be its most extreme reimagining yet.

That’s because the dice-lobbing series is becoming a roleplaying game at the hands of Marco Maggi and Francesco Nepitello, two-thirds of the Italian design trios behind acclaimed Lord of the Rings epics War of the Ring and Hunt for the Ring.

Zombicide: The RPG will combine the board game’s signature dead-dispatching combat with deeper options for character creation and progression.

The game will feature a tutorial-like prologue, introducing the world and giving players the chance to create their survivors, before continuing into scenario The Crossroad, which encourages the formation of relationships between the characters. The Crossroad has been designed as a flexible and customisable adventure able to take place in a variety of the typical dead-infested locations – from shopping centres to abandoned hospitals – allowing players to establish their characters and explain why the group has ganged together to survive.

The RPG will be run by a game master, using a set of custom ‘Zombidice’ to determine the effects of player actions, dictate action strength and decide combat actions.

Whereas the players’ gameplay is based on the Zombicide board games, the GM’s experience is something entirely new – Nepitello describes his vision for the RPG as offering “a new perspective into such a rich property”.

Zombicide: The RPG is currently in the works, with a Kickstarter campaign scheduled for Q4 2019 – yes, that’s the end of next year, so don’t expect the game to be out before 2020.